Thanks for your support for Hugh’s Moments Of Madness album, which narrowly missed out on the top 40 album charts at No44, despite a strong showing in physical CD and vinyl sales.

Moment Of Madness reached the following positions for the week of release: 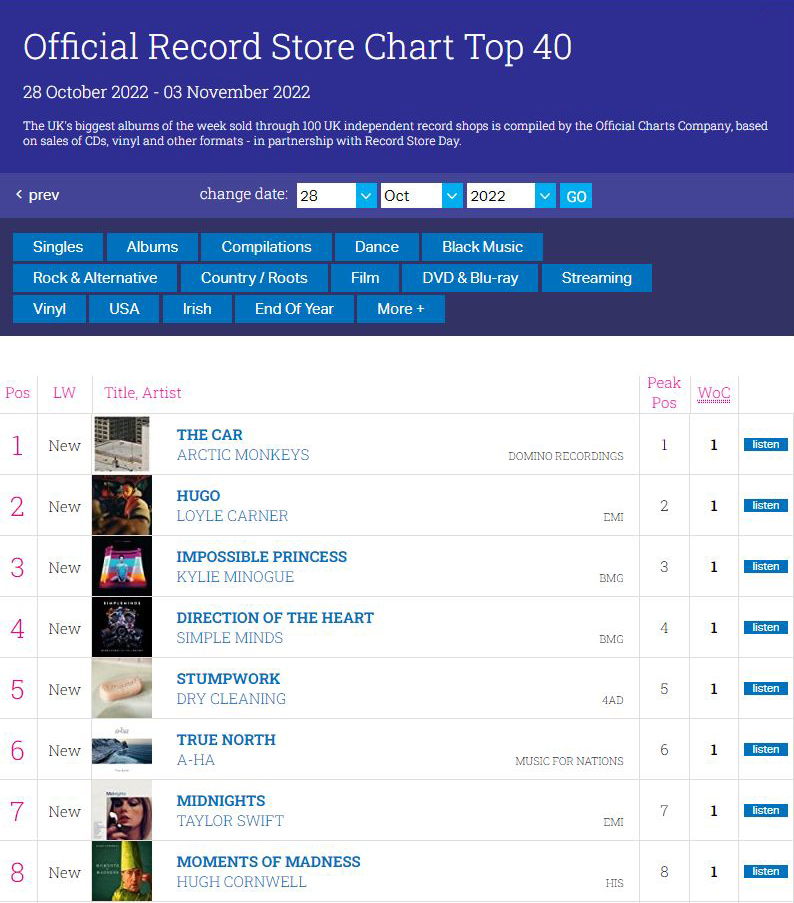